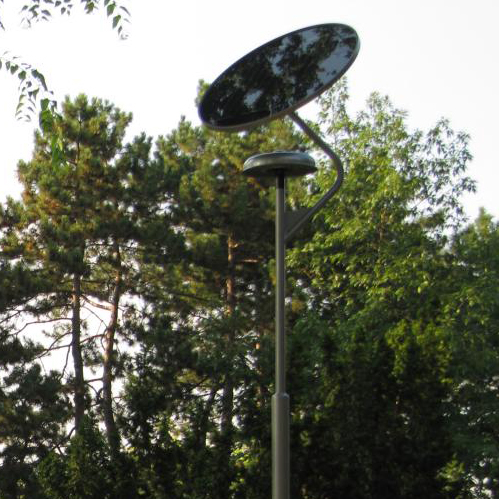 The Japanese Garden was renewed in the Margaret Island as part of the reconstruction works of the Budapest parks. As part of the program, solar walkway lighting has been built, and solar lighting has been developed with the help of solar energy, the waterfall and the sculpture. The well-known SZNS-MONO-8WD1-2012 solar panels from the surroundings of the Music Fountain and the Rose Garden provide promenade lighting primarily in the vicinity of the Music Fountain and the wooden bridge. For the decorative lighting, the energy is obtained from the two solar panels, each of which is equipped with four and four round solar panels.